Red Stag - transforming energy (regeneration), trusting your instincts when new information surfaces (intuition), flexible thinking and the ability to think on your feet (swiftness).
The stag holds the qualities of grace, majesty and integrity, helping to achieve a greater sense of poise and dignity. If you are ever confronted with a situation in which you feel vulnerable or under scrutiny, by attuning to the stag  and asking for the protection of his spirit you will find yourself felling calmer, stronger and more dignified. The stag signifies independence too – both spiritual and physical.
The stag also has a connection with fertility and sexuality.
All deer are beautiful, graceful creatures, but stags are also majestic by virtue of their magnificent antlers, made up of a number of spikes or tines. The antlers start to grow in the early summer and are fully developed by rutting time – the mating season in late Autumn. Around the time of Imbolc on February 1st they shed their antlers shortly before the birth of their young.
The stag is one of the most ancient animals – according to the Welsh tradition it is one of the five oldest animals in the world.
The stag is connected to Cernunnos, the antlered God, the Celtic God of hunting. He is associated both with fertility (and hence sexuality), and with hunting and culling. He is seen as the Lord of the Wild Hunt, which carries the spirits of the dead to the Otherworld. As well as travelling to the Otherworld with the Wild Hunt, the stag is also seen as a messenger from that realm, and for this reason he has often been associated with the festival of Samhain, October 31st to November 2nd, when the veil between this world and the next is drawn aside so that we can commune with the ancestors. He brings with him power and knowledge of this other realm, and he carries on his back not only the King of Faery but Merlin too. 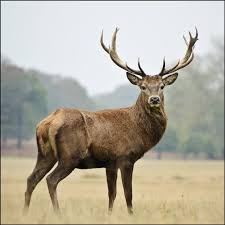